This is an interesting and thought provoking posting an acquaintance of mine left on his blog.

last will and testament of Bean're

There has been alot of deaths lately in my life. It seems that every time I turn around I am going to another funeral. The latest was a friend of mine that I grew up with and knew for 35 years. I was at is house with his parents and 2 other brothers more then I was at mine. He developed cancer about a year ago and after aggressive treatment and surgery he was given months to live. I was able to get up and see him. We talked about old times and hung out with some other old frie 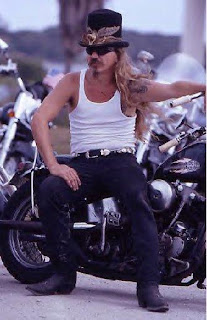 nds. We also made some plans that we both knew would never happen because time was running out. Well just the other day, that end came. Because we had the time together and the fact the he was in alot of pain and his quality of life had deteriorated so much, I was almost relieved for him.

When I got to the funeral it was like a reunion for friends that I hadn't seen in 20 or more years. It was good to reminisce over the good times and even some of the bad times. for 2 days this went on then came the service and the burial. Well the service was very religious. My friend was a good person and a good provider for his family and friends but he was never much for organized religion. The Music they played was hideous funeral music that was so generic, the funeral home probably plays the same tape at every funeral. The preacher did a sermon in which he said that death is a payment for our sins. We all sin so we all die. I think we all die because we are all born. That's how life works.

I don't want that kind of going away so I thought I should list my last will and testament just in case life for me ends and I travel down a new highway that many of our friends and family are on now.

First of all I don't want an organized religious funeral. I want a priest and a Rabbi and a Hara Krishna sitting in the front row with a Monk, a Buddhist and a shaman. There will be no sermon but I want everyone to tell stories about my life. I want everyone to share the good and the bad. I think we could have a few laughs. I also want music playing during my viewing. Good music. Audioslave and Zeppelin. Jackyl and Grateful Dead. I want everyone to bring a CD with the song that reminds them of my life and give it to the DJ just like a stripper before her set. Yea I want a DJ too.

I want lots of pictures of me with friends. I have always been a photo whore so lets all bring pictures. This should help inspire some stories to tell also.

I want my bike there and everyone to take parts from it so everyone has a part to run on their bike and keep my memory in the wind. If you aren't at the funeral, you don't get a part. This should make for a good turnout since everyone will be there and fighting over my Baker 6 speed. I got some other cool parts too so enjoy.

I don't want people to dress up in black suits and dresses. I always wear my Hot pink tie at funerals now. That's not as disrespect for the passed but as disrespect for death itself. F*ck death! I am sure when I go I won't like death anymore. Everyone knows purple is my favorite color. Lets go with purple and pink as the color of the day. The funkier the better.

I want people to have a good time. I want to inspire people to go out and live. I have truly lived my life and This is a good day to make the commitment to "live" not just exist. Go out and do something you have always wanted to do in my honor. That would make me happy.

I am not through living yet but we never know what tomorrow brings so just in case something may happen to end my journey know that I will be waiting on the other side with our other friends and family.

It's time to make the change to have everything hosted in one place and on one account for a very affordable price!

I didn't even know this was genetically possible...