A few weeks ago an acquaintance gave The Illustrious One and I some sort of online tests that were to tell us how to better understand one another. It's a 2-part test and the output is like 40 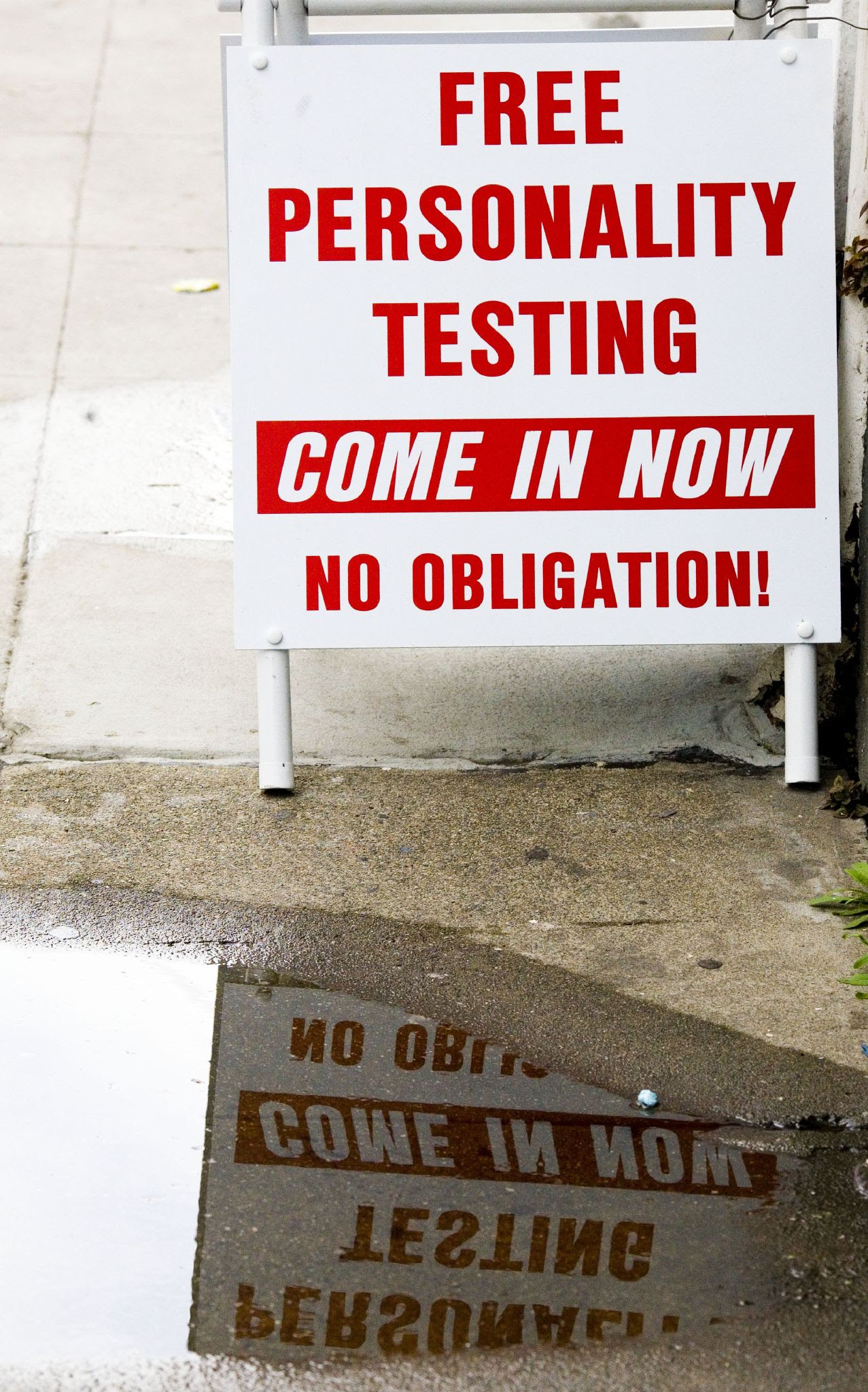 pages each so between the 2 of us, there was a lot of reading. Evidently these tests are quite popular in the corporate world.

Suffice to say that The Illustrious One's report portrayed him as skipping through life with glee throwing pixie dust into the air.

Moi? The very first friggin sentence started with, and I quote, "Raine can be cold and blunt"......Well fuck all. I'm supposed to read another 79 pages of this like it's news to anyone that knows me?!

Other tidbits were that a person, who values their health, should not repeat themselves around me - evidently according to the test, all you'll end up doing is ticking me off and have me thinking you are a blithering idiot that must think I have no memory recall and curses to you for squandering my time. Strangely enough, it was rather eerie how accurate that was.

Another tidbit is that unless you want me to geld you with a dull spoon, make sure you have all elements of what you need to tell me pulled together, make sure the facts are accurate and by all means keep it short and sweet. Otherwise, I will blow through your loopholes like they were the Holland Tunnel.

The other one that resonated with me was that it may seem like I'm vacillating on a decision, but the reality is that, yes, I do take a longer than normal time to make a decision, but that's because I'm working through every possible outcome and until I decide which way the dice are going roll, you won't be getting an

answer - but when I do answer, I'll stick with my decision.

During the reading of all of this, The Illustrious One is sitting there nodding his head in agreement like one of those dogs on a back dashboard. Even though it can look kind of cute when he's doing that, I know that his mind is like a steel trap and he's filing away all that info to use at his discretion.

Of course, since these reports were so long winded, I did a cursory glance through and let Illustrious give me the Cliff's Notes version. Though, because I'm very visual, I did zoom in on the pretty colorful pie charts at the back of the second report. There was a dot and a star and they were both firmly entrenched in orange near the outside perimeter of the circle. "WHY are my dot and star in orange?! I hate orange! Why can't mine be in pretty colors like yours?",

Illustrious informs me that if I would just READ the fine print I would find out that the dot is who I truly am and the star is who I have adapted to be and since they were both practically on top of one another, in my case at least, what you see is what you get.

In other breaking news, Illustrious was reading a book that described personality types - the one that he is classified as, is dangerously accurate. Me? I guess the only saving grace was that it explained to him that as an only child, Yes, I really do think the entire world revolves around me.

Honestly, why wouldn't I?

Posted by Raine Devries at 9:23 AM No comments: 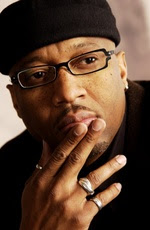 "We are of the same generation. He's African American and I'm an American of African descent. We both have lovely wives and beautiful children," Harris said. "Other than that, we've got nothing in common. I hope he loses every state."

With that sentiment being said, it makes me think of the lovely quote from Teddy Roosevelt: ...

There is no room in this country for hyphenated Americanism. When I refer to hyphenated Americans, I do not refer to naturalized Americans. Some of the very best Americans I have ever known were naturalized Americans, Americans born abroad. But a hyphenated American is not an American at all. This is just as true of the man who puts "native" before the hyphen as of the man who puts German or Irish or English or French before the hyphen. Americanism is a matter of the spirit and of the soul. Our allegiance must be purely to the United States. We must unsparingly condemn any man who holds any other allegiance. But if he is heartily and singly loyal to this Republic, then no matter where he was born, he is just as good an American as any one else.

The one absolutely certain way of bringing this nation to ruin, of preventing all possibility of its continuing to be a nation at all, would be to permit it to become a tangle of 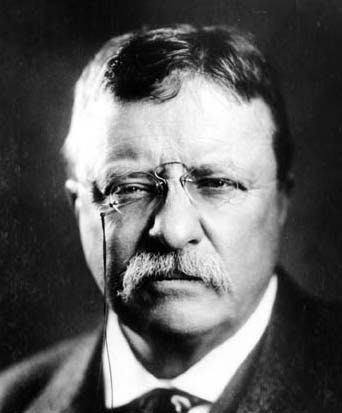 squabbling nationalities, an intricate knot of German-Americans, Irish-Americans, English-Americans, French-Americans, Scandinavian-Americans or Italian-Americans, each preserving its separate nationality, each at heart feeling more sympathy with Europeans of that nationality, than with the other citizens of the American Republic. The men who do not become Americans and nothing else are hyphenated Americans; and there ought to be no room for them in this country. The man who calls himself an American citizen and who yet shows by his actions that he is primarily the citizen of a foreign land, plays a thoroughly mischievous part in the life of our body politic. He has no place here; and the sooner he returns to the land to which he feels his real heart-allegiance, the better it will be for every good American. There is no such thing as a hyphenated American who is a good American. The only man who is a good American is the man who is an American and nothing else.

BO's Minions Think They Are Too Good For Media Protocol?

Interesting video to watch -- so the novice to politics fancies they can rewrite the rules? Watch the video to see how BO's lackey giggled and acted like a buffoon with a press corps that was essentially hijacked.

Watch the video by clicking here.

This is taken from The Daily Mail:


Charismatic, yes. But I fear Obama's not a new JFK

Before we get carried away on a tidal wave of Obama-mania, let's look behind the extraordinary charisma of America's first black Presidential candidate.

Undoubtedly, Barack Obama is an inspirational figure. But for all his sheer magnetism and his huge gifts as an orator, there are some uncomfortable truths about the man whom many have dubbed 'the new JFK.'

Obama has the second most liberal voting record in the Senate. He plans to raise capital gains and corporate taxes, hitting the professional and middle classes who are the engine of enterprise.

Scroll down for more 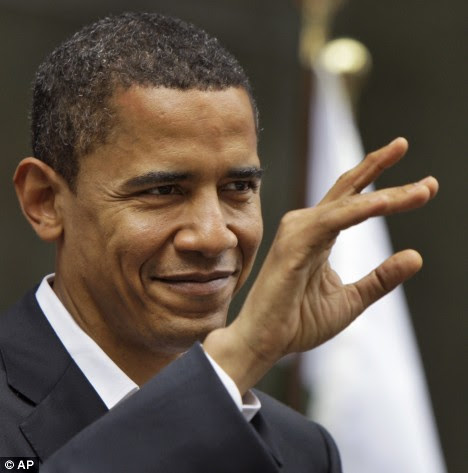 He wants every American to have the same healthcare as congressmen - a nice idea in theory but, hopelessly naive in reality, I suspect.

Equally misguided are his plans to meet - in person, if necessary - the leaders of Iran, Cuba and North Korea, who do not deserve to be dignified with a place at any negotiating table.

And then there's his support for an amnesty for the U.S.'s 11 million illegal immigrants - although a similar scheme in the Eighties showed it only encourages greater illegal immigration.

Finally, there is his unflinching support for the U.S.'s abortion laws, which allow terminations up to 26 weeks - despite the wealth of evidence which shows that babies born at 20 weeks stand a good chance of survival.

Far from heralding progress, I fear that Obama is the very embodiment of the same failed Leftish experiment that has blighted Britain throughout ten years of Labour rule.

Beneath the magic - and the man has oddles of it - Obama is an East Coast cosmopolitan bien pensant. He is as ideologically distanced from Middle America as he is from the Moon.

And that has grave implications not just for the U.S., but for all those of us who look to America to be united and strong, the last remaining Western superpower and the proud standardbearer for free market democracy.

And then, of course, there's the race issue. In an ideal world, the colour of a presidential candidate's skin ought not to matter. But this is not an ideal world - and the fact is, for understandable reasons, Obama has played up his ethnic heritage to an uncomfortable degree.

Will that come back to haunt him as he seeks to extend his appeal beyond committed Democrat voters?

Obama will need to be a truly great leader if he does win the White House, for he will need to assuage the anxiety of that minority of the U.S. public who, openly or not, remain deeply uneasy about a non-white running their country.

Equally, if he doesn't win, his supporters will claim that racism was to blame, leading to spiralling tensions among the U.S.'s ethnic communities.

It is not impossible that far from being the 'new JFK' heralding a fresh age of optimism, Obama may yet prove the most divisive U.S. president in history. I just hope I'm wrong.

Posted by Raine Devries at 12:06 AM No comments:

What's The Truth to BO?

So BO "theoretically" has the nomination? And there are people that think he can win?

I find it interesting how the American press is saying the world is rejoicing with BO's apparent win of the Democratic nomination, yet if you actually read what the discussions are in other countries, people aren't overwhelmingly impressed with BO.

Here are some examples of comments from persons across The Pond:

"....what Mr. Obama must do in order to win the election is let down his guard and tell us who he is. Americans do not know him. He has allowed others to define him. He gives flowery speeches, but little substance. And he has dubious associations (Reverend Wright, ex-terrorist William Ayers, etc.) He tells us not to fear -- not to question. Listen to his wife. She says, "Don't listen to that voice in the back of your head." What? Don't question? Don't listen to your own instincts?

Mr. Obama scares us while he sweeps the rest of the world off its

not an issue obama is just not up for the job end of story!

He has allready proved hes moraly bankrupt, By ecepting an endorsement from an equaly bankrupt Kennedy

why because shes "conservative" but a democrat which appeals to voters who may vote republican or may vote democrat.... shes got experince she isnt likely to do something drastic and rash with the country all of these things cant be said for obarma Hence why she was front runner as she was the most realistic candidate to beat McCain Obama may have "just" got the democrat candidate but he hasnt a chance of winning the main election.

Last night I listened as a scooter guy I know pontificated on how he would love to kick BO's ass if he ever saw him walking down the street -- is the the appropriate time to mention that the man speaking is black?

He had about a 10 minute monologue on how jacked up this nomination was, what he perceives will really happen, what's being said in the US press, how it's being worded, etc. Amazingly insightful comments that I don't dare paraphrase but do wish I had on tape!

It'll be amusing to watch how this plays out.

Posted by Raine Devries at 9:13 AM No comments: